Prior to us going to see Disney on Ice Passport to Adventure we were invited to a very special Disney Fit to Dance class with Ashley Banjo! The whole session was based around children moving more and expressing themselves through the telling of a story. Some of the ice skaters from Disney on Ice and Ashley Banjo helped the children come up with their very own Disney based story with their own actions and dance moves. 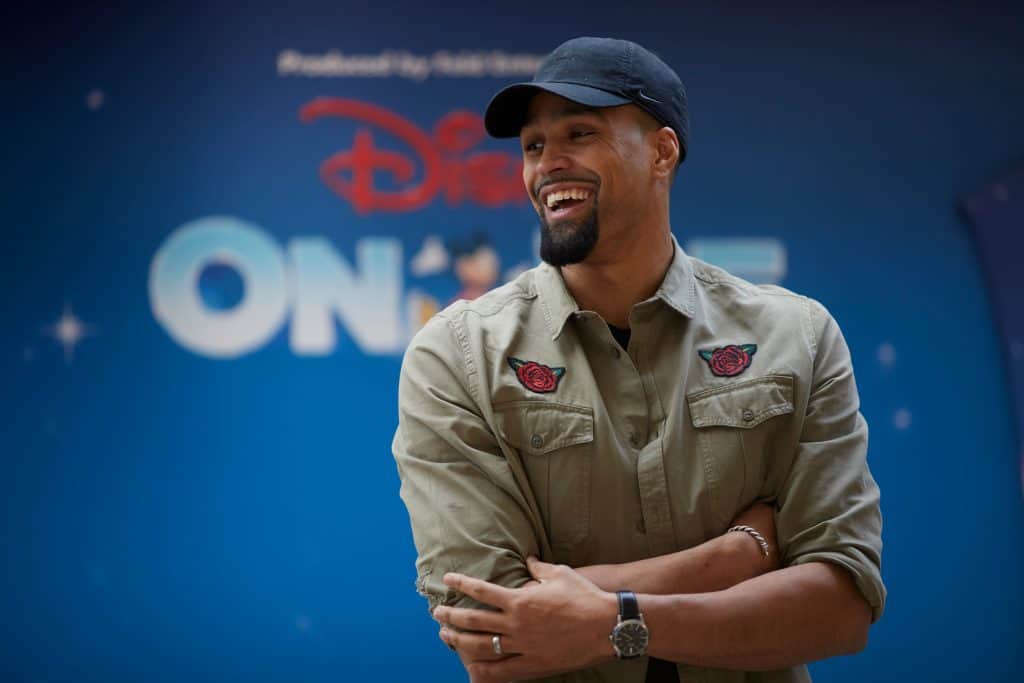 I had never thought about using a story to get Henry to move around more but it’s such an effective and fun way for them to express themselves and exercise at the same time! Henry and the other children decided their story would be based on the Lion King and had them taking part in an animal stampede, swimming in a watering hole and finding a whole load of treasure to share with everyone!

Disney on Ice Passport to Adventure

On Wednesday, we went to see Disney on Ice Passport to Adventure at Manchester Arena and it features a Fit to Dance pre-show with some special Zootropolis guests. If you are going to any of the Disney on Ice shows then make sure you don’t miss it!!

We are a huge Disney loving family but we have never seen any of the Disney on Ice shows so it was such a special treat! After the Fit to Dance pre-show Mickey and his friends came onto the ice. The whole show is based on travelling around the world which is beautifully introduced with a performance of It’s A Small World.

Mickey and his friends then go off to their first destination which is Africa and of course some familiar Lion King faces! We saw Simba grow from being a young cub to a fully fledged lion!

Next stop was London to the Darling household where we had a wonderful performance from Peter Pan! This was by far Henry’s favourite part of the show because he LOVES Peter Pan! There was real flying and lots of pixie dust! Of course it wouldn’t be Peter Pan if there was no Captain Hook! Some of the props they used were amazing and it really transformed the ice! 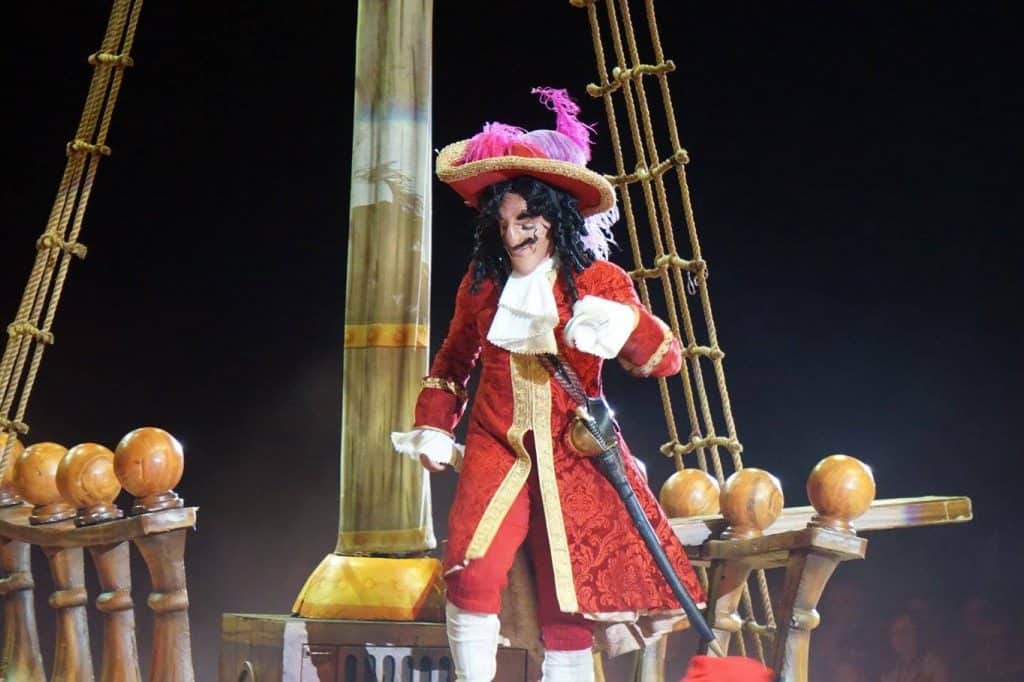 After London, it was time to go ‘Under the Sea’ and meet the Little Mermaid and all of her underwater friends. The performances were fabulous and when Ursula came out and began to inflate into this huge monster it made Henry jump! But fear not Prince Eric of course saved the day and sent a fast deflating Ursula back where she came from! 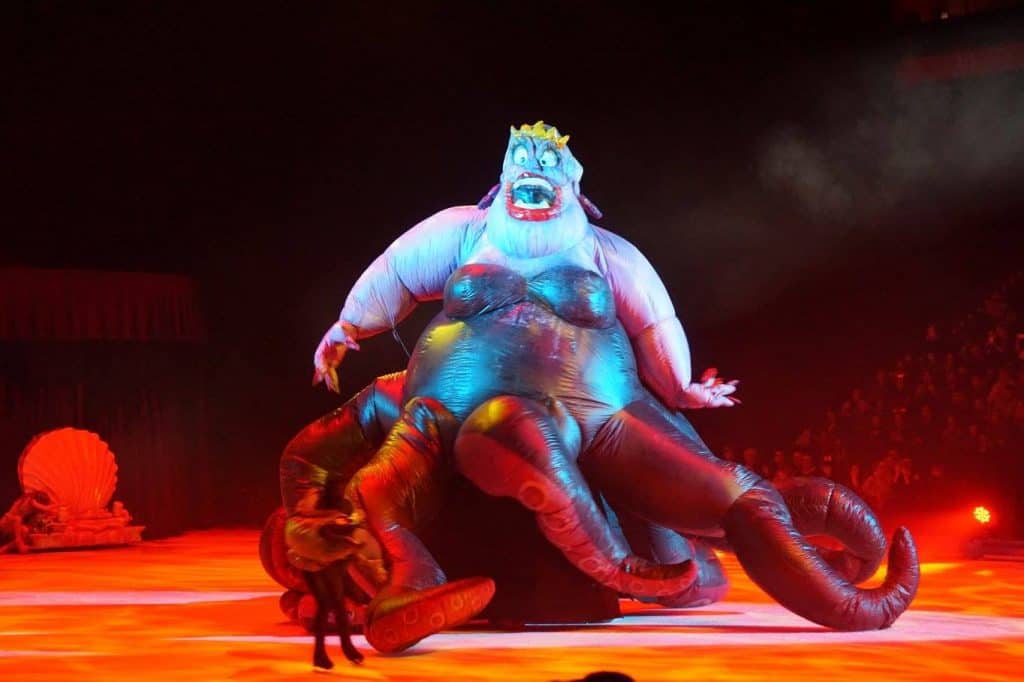 Our final stop off was in Arendelle which I think was executed really well and even the snow looked real! They used minimal props and scenery but they really didn’t need anything fancy because Anna and Elsa completely stole the show and had the majority of the crowd singing along! 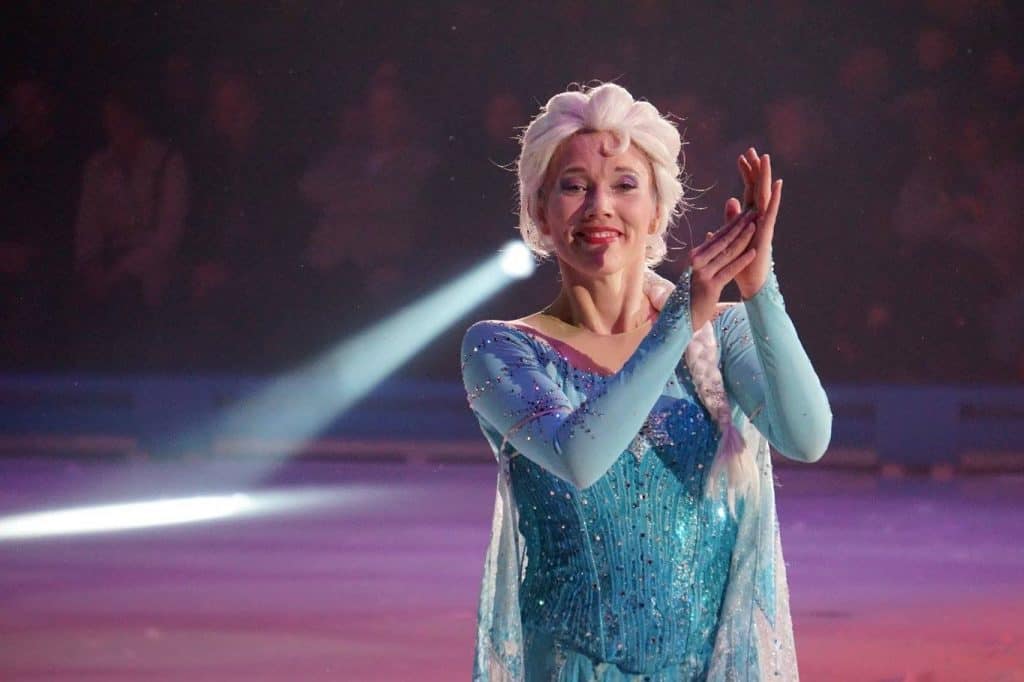 The finale saw almost the whole cast combine onto the ice and it showed exactly how many people were involved in the production. The skating was absolutely amazing especially considering some of the cast had props and huge ahem ‘outfits’ to contend with. It really was a magical show and Henry was mesmerised from start to finish and I have to admit that I too loved every second!!

If you are wondering whether Disney on Ice Passport to Adventure is worth a visit then I can reassure you it absolutely is!! i was worried about the length of the show but there is a 15 minute intermission which breaks everything up nicely and the time really does fly by!

Where to See Disney on Ice Passport to Adventure:

For more information about the show go here or for more about Fit to Dance go here.

Thank you so much for stopping by have a great day!!

If you want to know more about me head over to this page. Don’t forget to check out my YouTube channel where I post beauty, life, shopping and make-up related videos. You can find all of my social media links in the side bar! Thanks so much for reading!

We received complementary tickets to Disney on Ice Passport to Adventure however as always all words, opinions and views remain my own! For more information on this please visit this page.

The photographs used were taken by Laura Seaton from Tired Mummy of Two who gave permission for their use in this post.