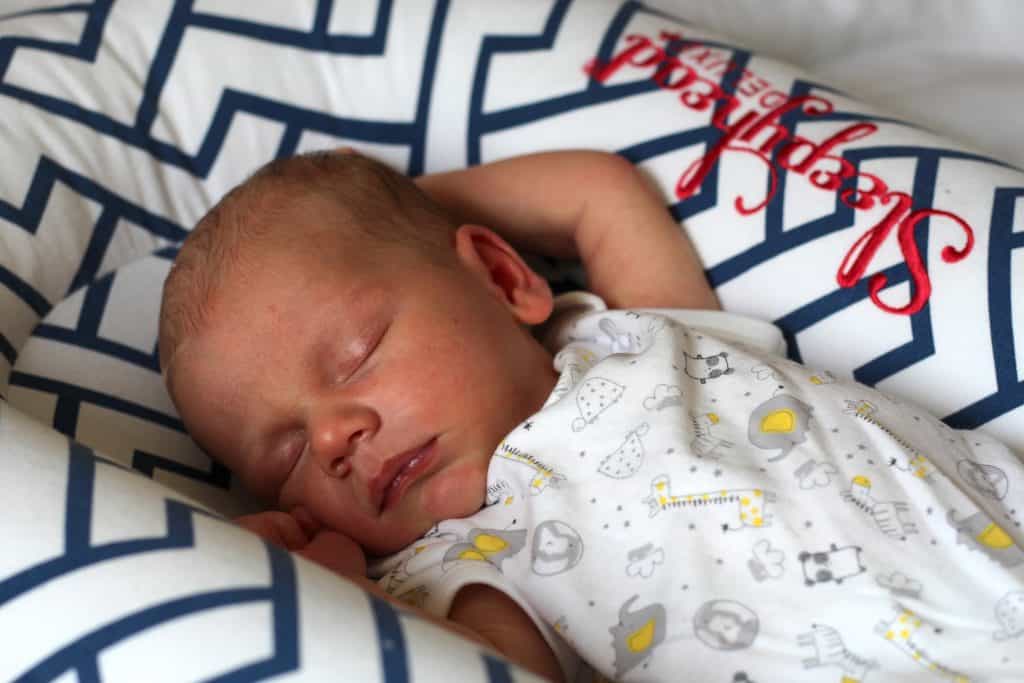 I’ve spoken a few times about Hugo and his issues regarding colic and what we now know is an intolerance to dairy products. He is a very happy and content baby, but during the evening and night, he can be entirely beside himself with pain which is altogether distressing for us all. I think that deep down I knew all along that it was more than just ‘colic.’ I had my suspicions that he was suffering from some kind of silent reflux but I think I was heavily in denial. I’m not entirely sure why. I guess I didn’t want it to be something else or for him to have another medicine to take.

My first son Henry didn’t have any of these issues, so this was all new territory, but I knew of friends whose babies had really suffered, and I didn’t want to admit that maybe that was the path we were on.

Reflux is most often associated with bringing up milk during or shortly after a feed. It can also include excessive crying, hiccups and coughing and issues with feeding. Hugo didn’t bring any milk up, so this is often referred to as Silent Reflux. Reflux and cows milk intolerances usually go hand in hand, so it naturally seemed like an appropriate diagnosis. Shortly after a feed he will cry excessively and is obviously in pain. He hates to be flat on his back, and this has often caused sleep disturbances for him. 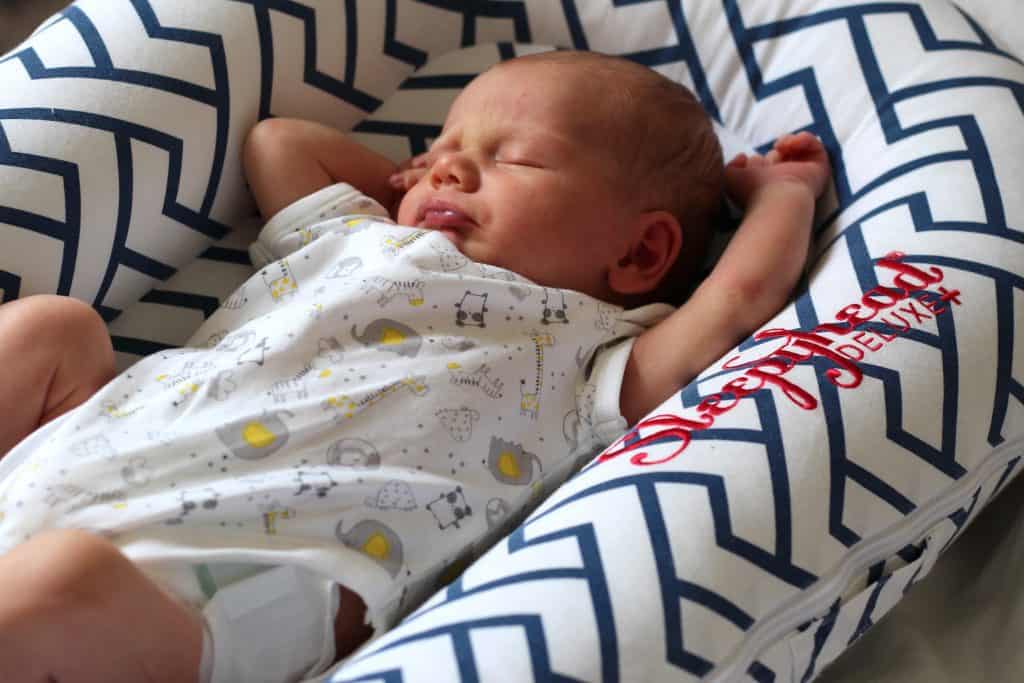 Initially, when it was suspected that Hugo had Silent Reflux, he was prescribed Infant Gaviscon. Infant Gaviscon comes in a powdered sachet, and for breastfed babies like Hugo you make it up with water and administer with a syringe or spoon. This, of course, makes it quite difficult, and it was often quite a faff!! The idea is that the Gaviscon creates a layer in the stomach that prevents the contents of the stomach from being regurgitated which is what causes the pain.

We persevered with Infant Gaviscon for a few weeks, and we also lifted his bed at one end so that he wasn’t lying completely flat. If he allowed me to, I would feed him in a more upright position and then hold him there for at least twenty minutes before putting him down to sleep. All of these things helped, but they didn’t resolve the problem and Hugo was now becoming quite fussy at feed times. He would often pull away during a feed, and he rarely finished a full feed. As a result of this his weight was dropping, and I knew that we needed to do more. Some evenings he would just cry and cry, and there was nothing I could do to relieve the pain from him.

We went back to the GP who initially told us that this was something that Hugo would grow out of and continue persevering. Unfortunately, I just wasn’t willing to go home and see my child in constant pain any longer. Neither of us was getting a good nights sleep, and it was evident we needed more help, so I explained our dilemma further. I do understand that perseverance is often necessary however we were definitely beyond that and needed some other kind of intervention. I was even considering stopping breastfeeding!

After weighing Hugo and seeing that he was dropping weight, the GP agreed that we needed some additional support and he prescribed Ranitidine. Ranitidine can be used alongside Gaviscon and works by reducing the amount of acid the stomach produces which helps prevent reflux. We have been giving Hugo the Ranitidine for almost two weeks now, and there has undoubtedly been an improvement although we still battle symptoms too.

I know that he will grow out of the reflux eventually, but it is terribly hard to see your baby suffering and be utterly helpless at the same time. Hugo now sleeps for two hour periods at nighttime which is a vast improvement from the seven minutes we were getting before!

Have you had any experience with silent reflux? Is there anything else you think we should try? 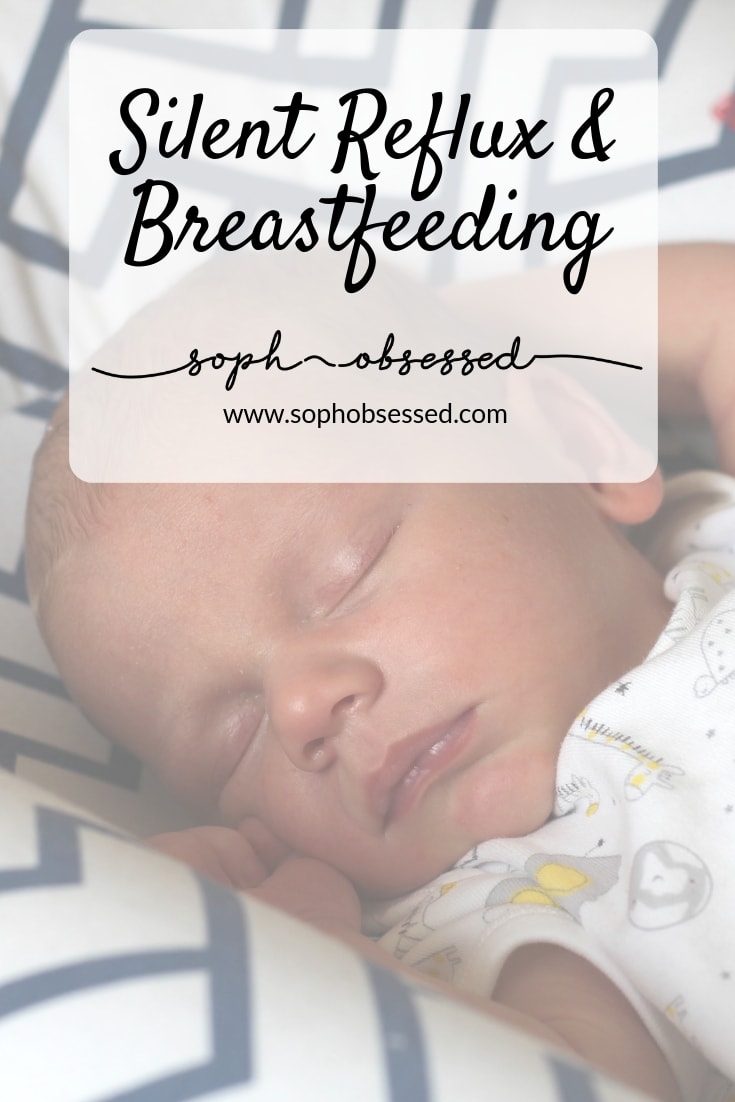