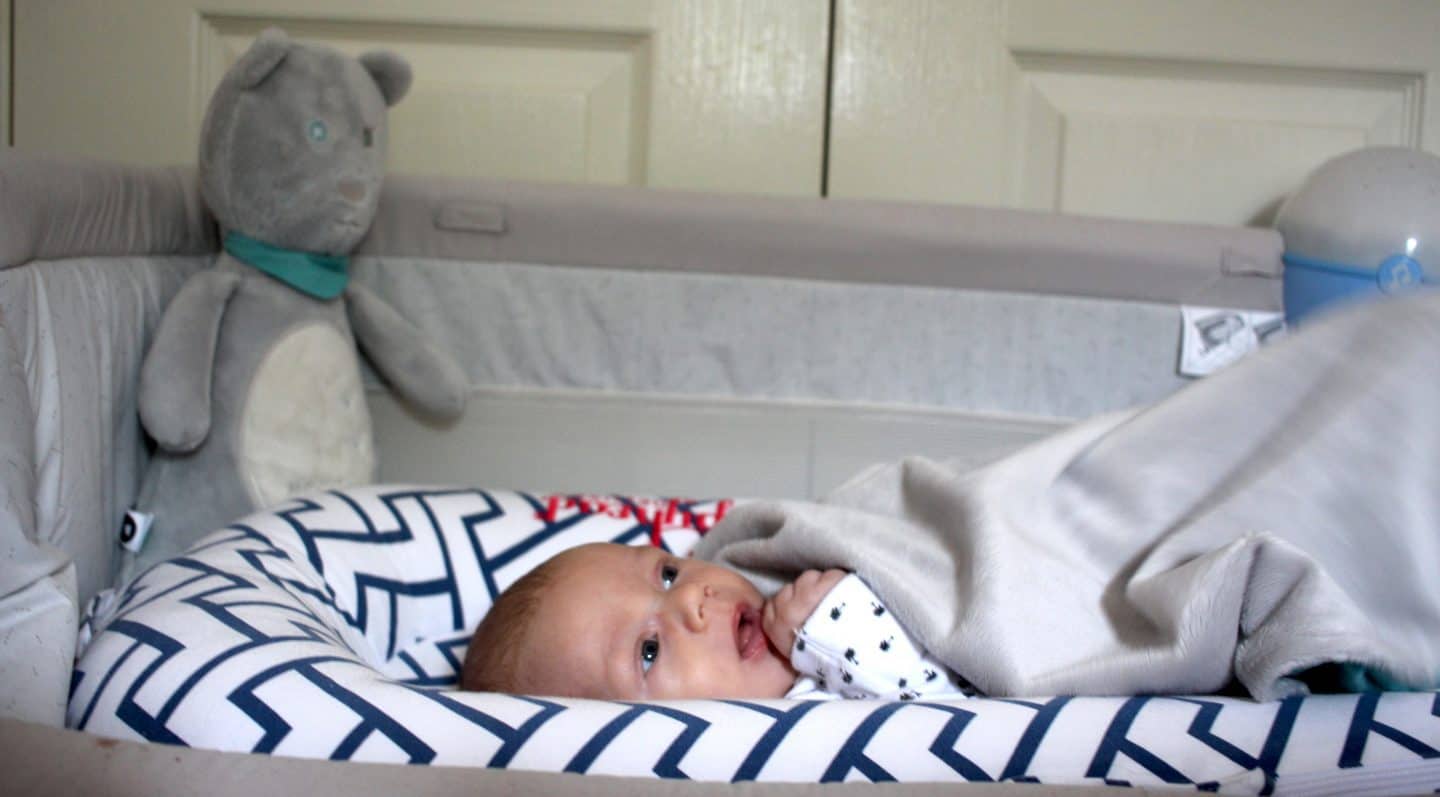 For the first nine months of a baby’s, life safety is represented to them by the womb in which they inhabit. It’s warm, comforting and all of their needs are met promptly without question. Then like some freak and cruel torture they are ejected into the world where everything changes. Suddenly they are wearing clothes, a nappy and experiencing a whole world (literally) of sights, sounds and smells that are entirely alien to them. Is it any wonder a newborn baby cries? The entire time all they want is to feel that safe familiarity of the womb, and we as parents can only try to make them feel like that. That’s why white noise can be settling to a baby because it’s a similar sound to what they heard during those nine months in the womb. It reminds them of pre-birth when they felt comfort and safety.

My first son Henry struggled to settle unless he was safely snug in my arms. I wish I’d had some of the products around today to help! One night out of exhausted desperation I did the infamous exhausted Google:

“How to help a baby sleep.”

I read a few forum entries by mums that had been in precisely the same position as I was. They kept referring to the wonders of white noise and so there and then in my desperate state I downloaded a white noise track from the app store on my phone.

I don’t want to be all cliché, but it was like a miracle. Henry stopped crying and just lay there for a moment listening. His blinks became long and slow until eventually, he was asleep. Henry was asleep, and he wasn’t in my arms and at least five minutes had passed. So, I did that thing we as paranoid sleep-deprived mother’s do – I checked he was breathing twenty times and then I woke my husband to tell him the great news.

I have to admit that I thought it was a fluke. Perhaps like me, Henry was so exhausted that he just fell asleep coincidentally. So the following day when nap time rolled around I reached for my phone, and I played the track again. Although not instantaneous his eyes became heavy, and he fell asleep for the second time not in my arms.

White noise became a staple part of settling Henry down to sleep for the first year of his life, and he seemed to gain much comfort from it in the same way that you as an adult might feel about a favourite sweater or drinking from a particular cup. It made sense, it worked, and I was so grateful for the help! 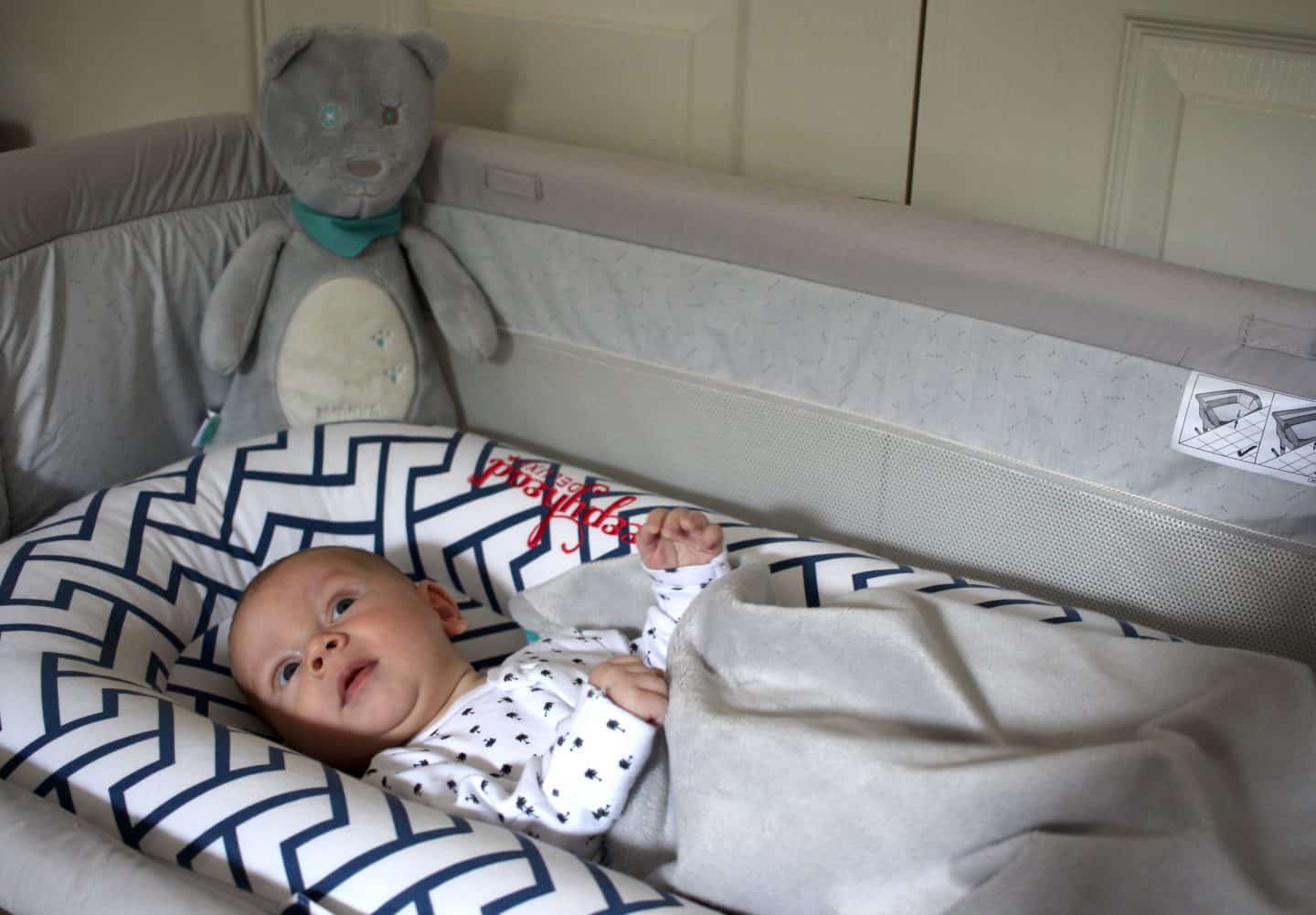 When Hugo came along I felt armed and ready with my white noise hack but playing white noise on the phone isn’t ideal. Hugo would settle really well with a track playing, but then it meant I lost the use of my phone entirely while he was asleep. I couldn’t answer emails, search online, and if I received a phone call, it would be utterly disastrous. I had considered a white noise machine something solely dedicated to playing white noise, but this wouldn’t help us when we were out and about away from home. There had to be some middle ground I just wasn’t sure what it was.

I first heard about myHummy from a friend who said it was a “sleep miracle.” I was instantly sold on the idea of the myHummy being a soft toy, and in some ways, it just seemed more “child-friendly.” You hear all sorts about mobile phone waves so it made me feel more at ease having the white noise come from something much more appropriate.

There are several different myHummy toys to choose from, but I decided on Ash. I also got the matching Royal Blanket which I have to say is super soft and cosy. It is perfect for naptime snuggles.

The white noise comes from a heart that goes within the bear. This can be removed easily making the soft toy itself fully washable once removed! It features five different types of white noise and will play continually or fade out after a certain period without waking up the baby. You can also choose to have Ash as a Bluetooth model which gives you additional features you can control via your phone. I’d really recommend this option if you can because it means if I’ve picked him up in the middle of the night, and the myHummy is still running I can switch it off on my phone. If I put him down and I haven’t switched it on I can do this from the comfort of my own bed which saves me getting up and disturbing him. 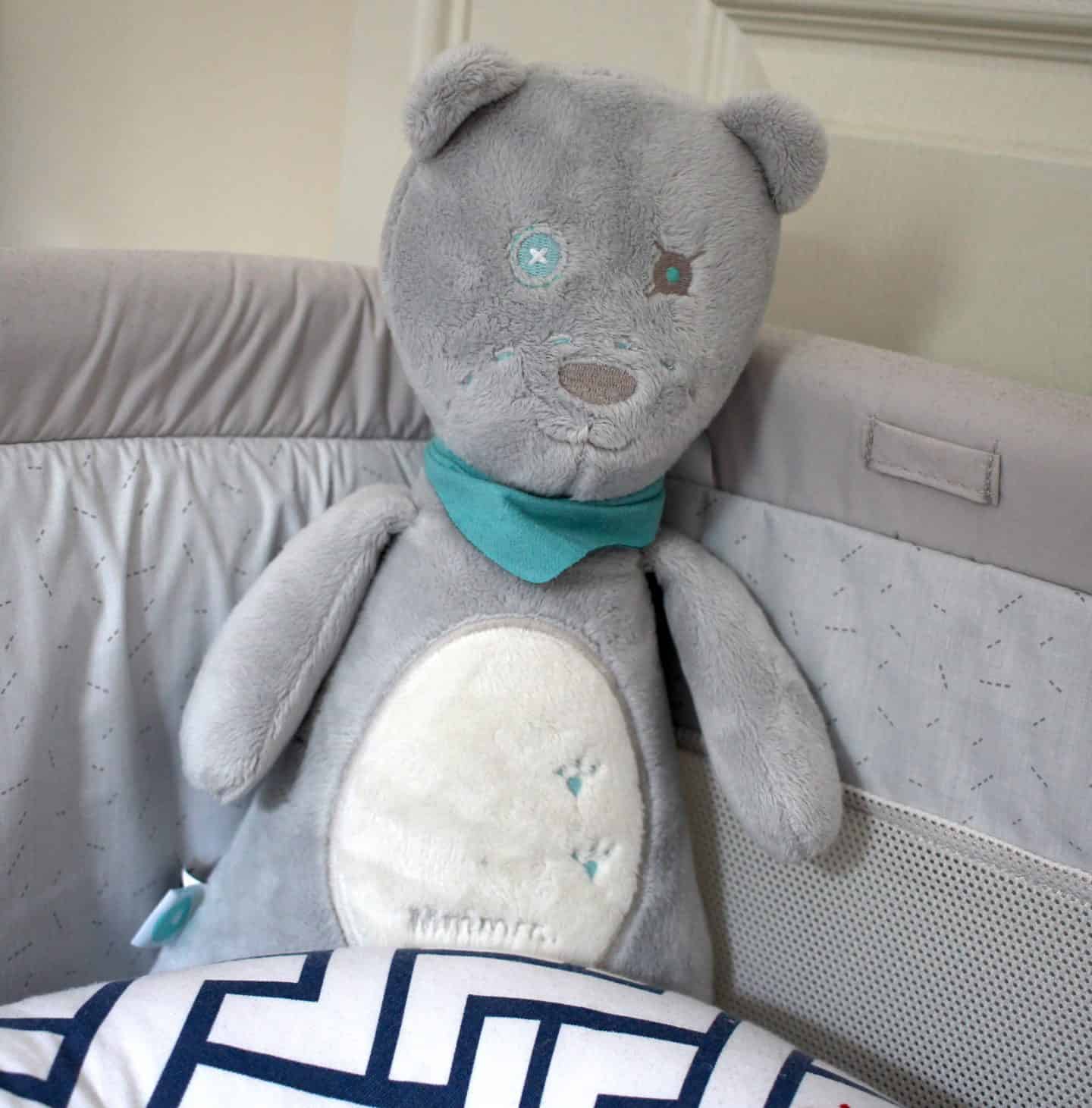 One thing that has been game-changing for us is the sleep sensor on the myHummy. It means that if Hugo is asleep and begins to stir the white noise will gently start to play which often soothes him straight back to sleep. This has been really helpful in keeping him asleep through the different sleep cycles where before he would wake up around the twenty to thirty-minute mark this has helped him transition through to deeper sleep. In the past, I have never thought much about products that claim to have sleep sensors. I have often found they are delayed and aren’t sensitive enough. Hugo only has to stir a fraction, and the myHummy instantly jumps to life which has given me a few extra precious sleep hours!

Before Hugo was born Henry and I were very close. In the evenings I would often spend time with Henry helping him do his homework or reading together. When I was pregnant with Hugo, I promised that things wouldn’t change, but of course, they did. As I am breastfeeding a lot of my time is spent with Hugo, and although I am still making time for Henry, we certainly weren’t getting the one on one time we used to. Thanks to the myHummy I can feed and change Hugo and place him in his cot with the myHummy playing which settles him down. This gives Henry and I some precious time together to do the things we have always enjoyed. 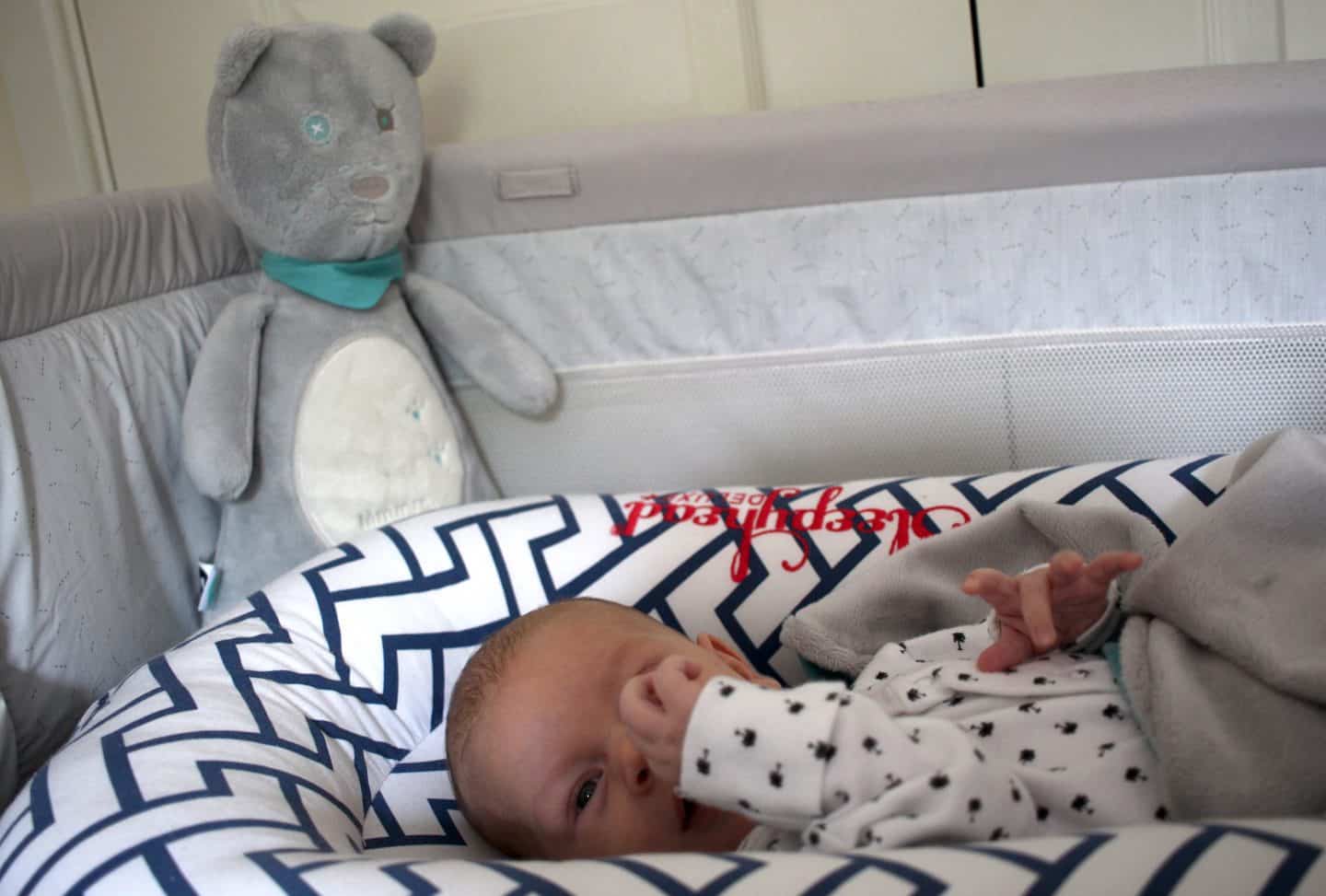 From using the myHummy, I have a few tips I would recommend:

You can find out more about myHummy and purchase your own on their website.

Have you found white noise to be helpful in settling your baby to sleep? I’d love to hear about your experiences!

I received this item on a gifting basis in return for an honest review. As always all words, opinions, and views are my own. Links marked with * are affiliate links this does not cost you anything. For more information on any of this please head over to this page. 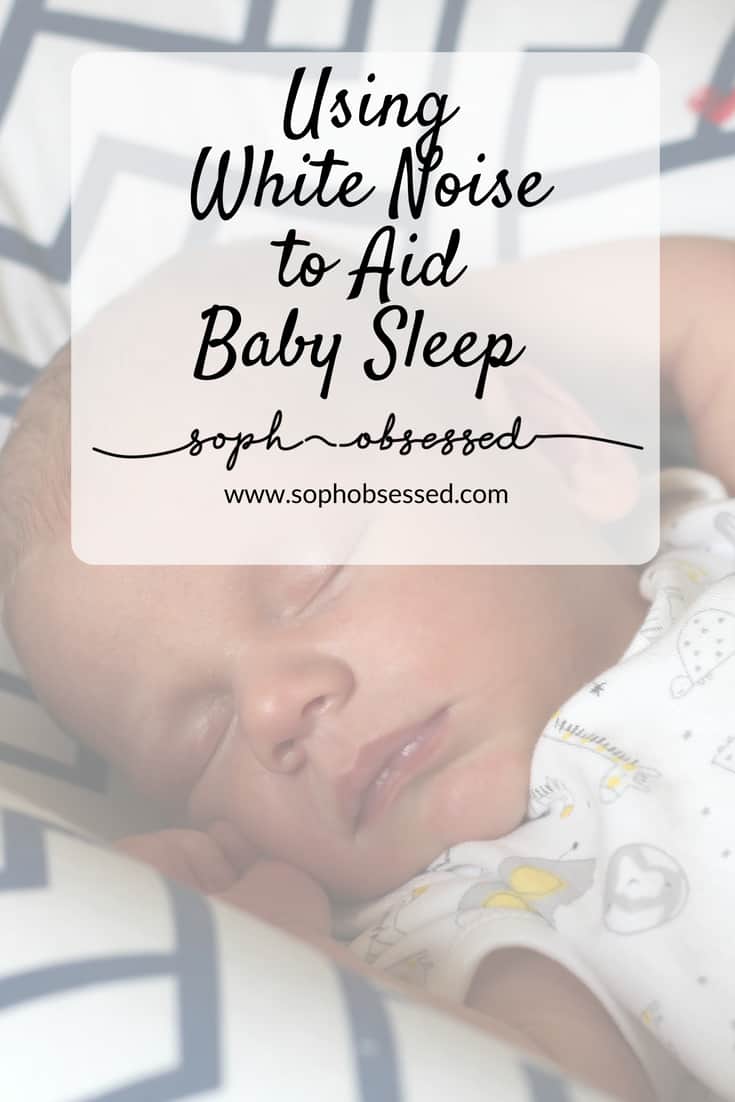