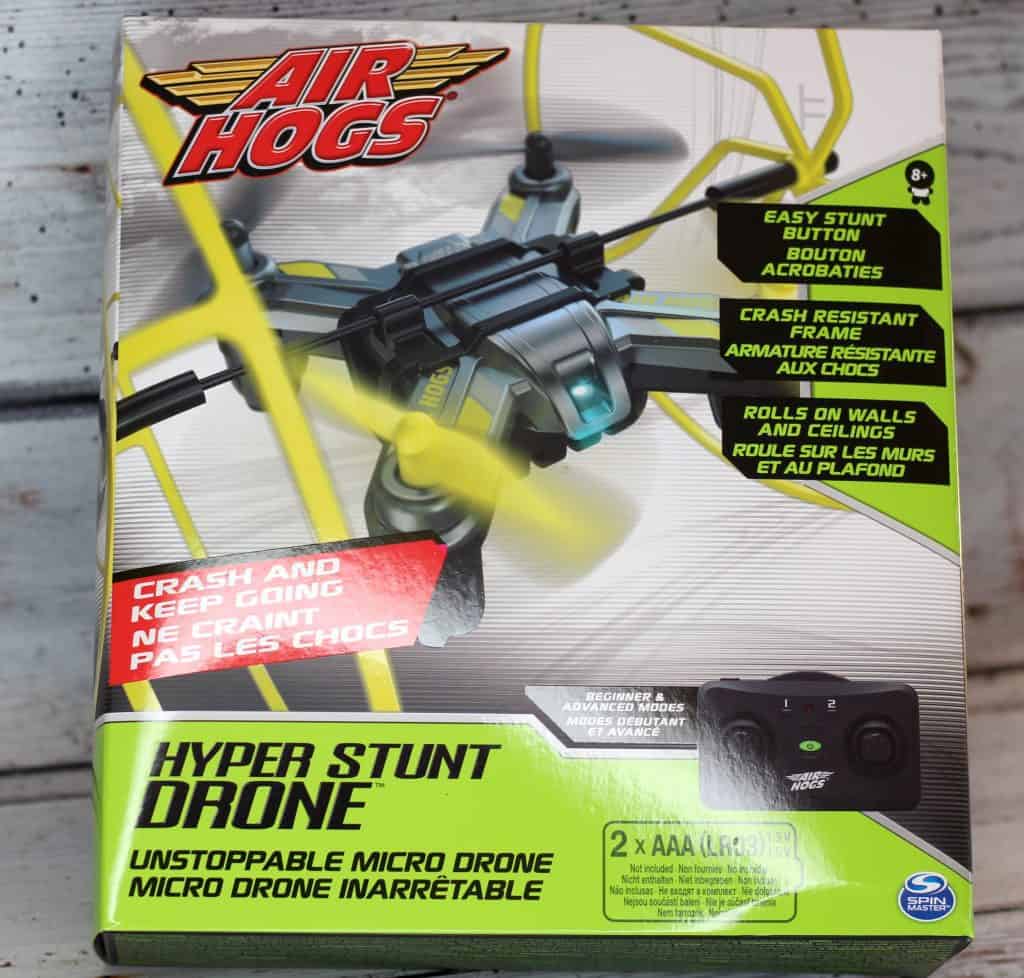 Boys Will be Boys

I live in a house full of boys who like cars, bikes and anything they can make fly! My husband Ollie has loved remote control helicopters and drones for as long as he can remember so when Henry showed an interest it was a new-found hobby for them both. Recently they have been playing around with the Spin Master Air Hogs Hyper Stunt Drone – a micro drone that can roll up walls and across ceilings!! 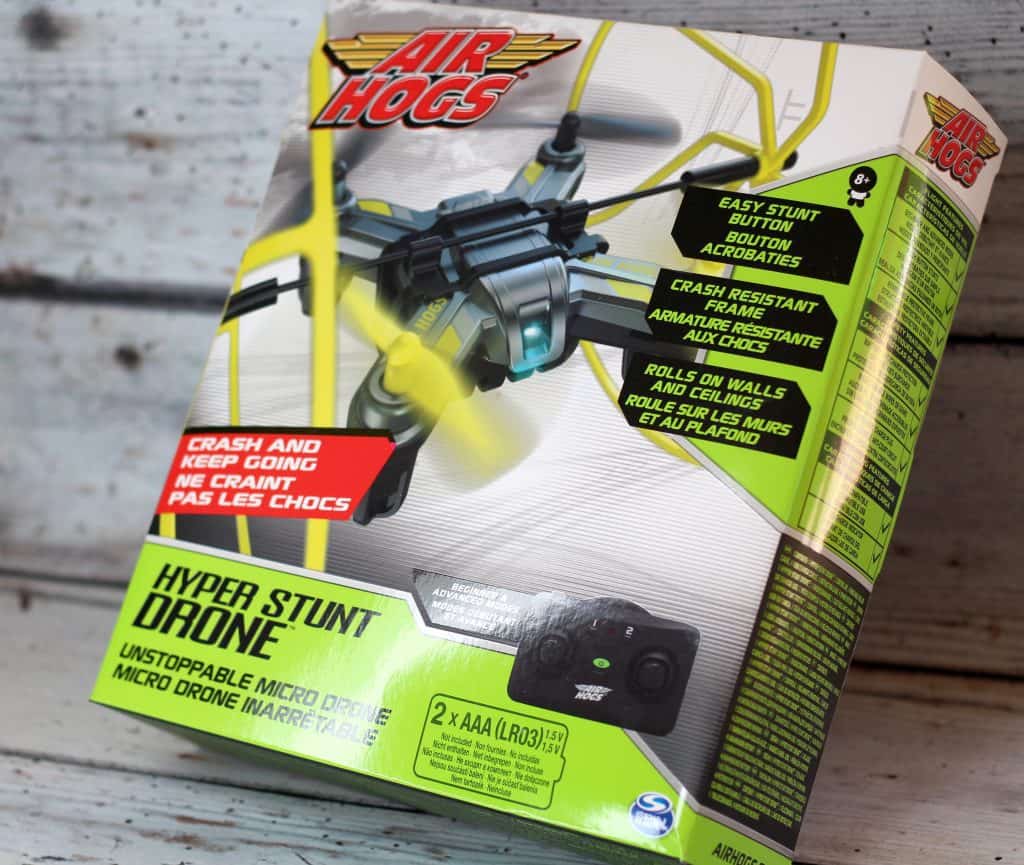 We have had a whole collection of helicopters and drones in our house throughout the years but we have never had a stunt drone. I was a bit nervous that the drone would be too ‘advanced’ for us but I was reassured to learn that there was a beginner and advanced mode. The Air Hogs Hyper Stunt Drone also comes with a removable roller shield which made things a little easier.

What’s in the Box: 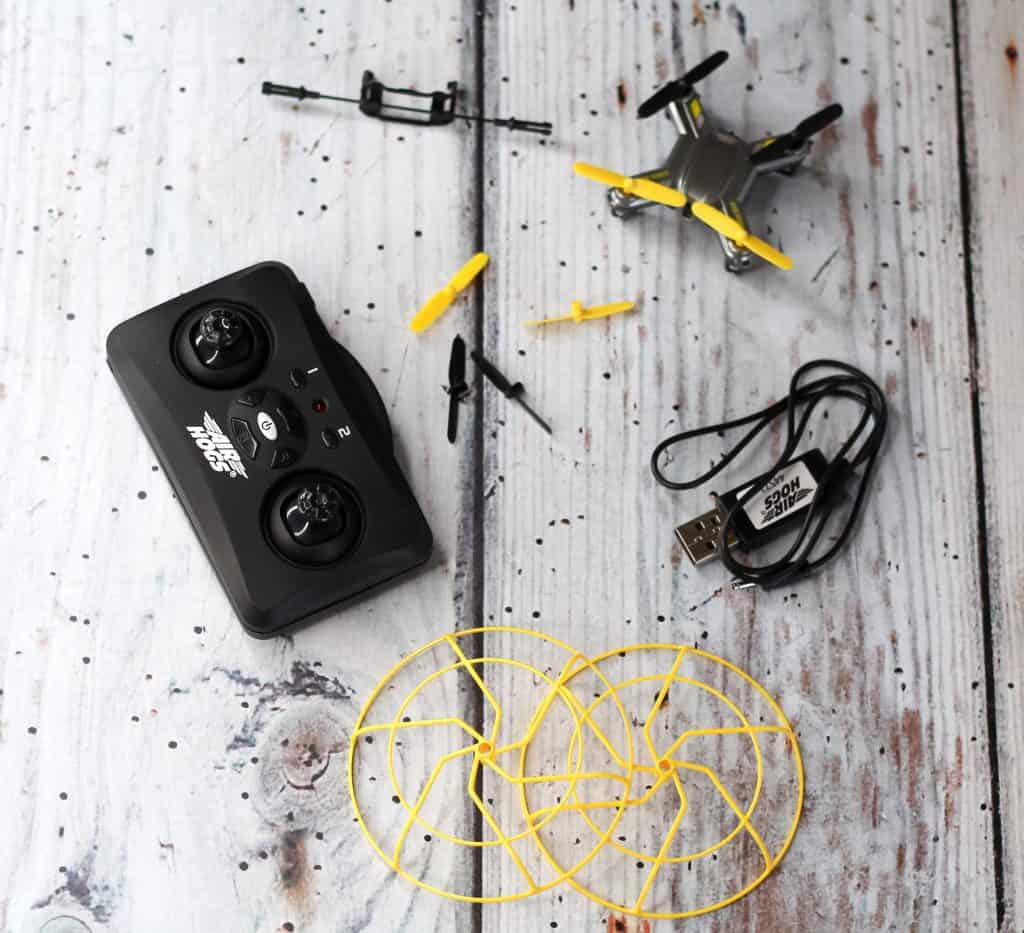 We setup the stunt drone which took longer than I anticipated. The drone is small in size and I was nervous that I was going to be too heavy-handed and rough with it. This was unneccessary though because despite the drone being petite it is extremely resilient.

The instructions weren’t particularly clear so we just ‘winged it’ and gave it a test flight. It took a moment to realise just how sensitive the controls were and you really didn’t need to press them too hard. initially I won’t lie – we were crashing into EVERYTHING. I was just too heavy with the controls and by the time I felt like I was making some progress the batteries needed charging again!

So it was time to admit defeat and ask Ollie to help us out. Within minutes Ollie had it hovering around the room and even started performing basic stunts – SHOW OFF! This was great but I had little hope that Henry or I would ever be able to do that. However flying the drone really wasn’t that difficult once you became accustomed to the sensitivity behind the controls. It’s much harder to explain to a child to be gentle with something so I was apprehensive that Henry would get any fun out of it. The thing is though the Air Hogs Hyper Stunt Drone is very resilient. I was treating it like fragile glass that was going to crumble in the wind! It’s described by Spin Master as unstoppable where you can literally crash and keep going! Once I realised that it was much more fun.

Henry really enjoyed himself and the only thing he hated was having to put it back on charge in between flights. He may not be the best drone pilot but he can play with the drone without fear of it crashing and breaking and that is a huge win in my eyes!

Once you get really good you can remove the roller shield and give it a go without. I really love how versatile the drone is for such a small item. 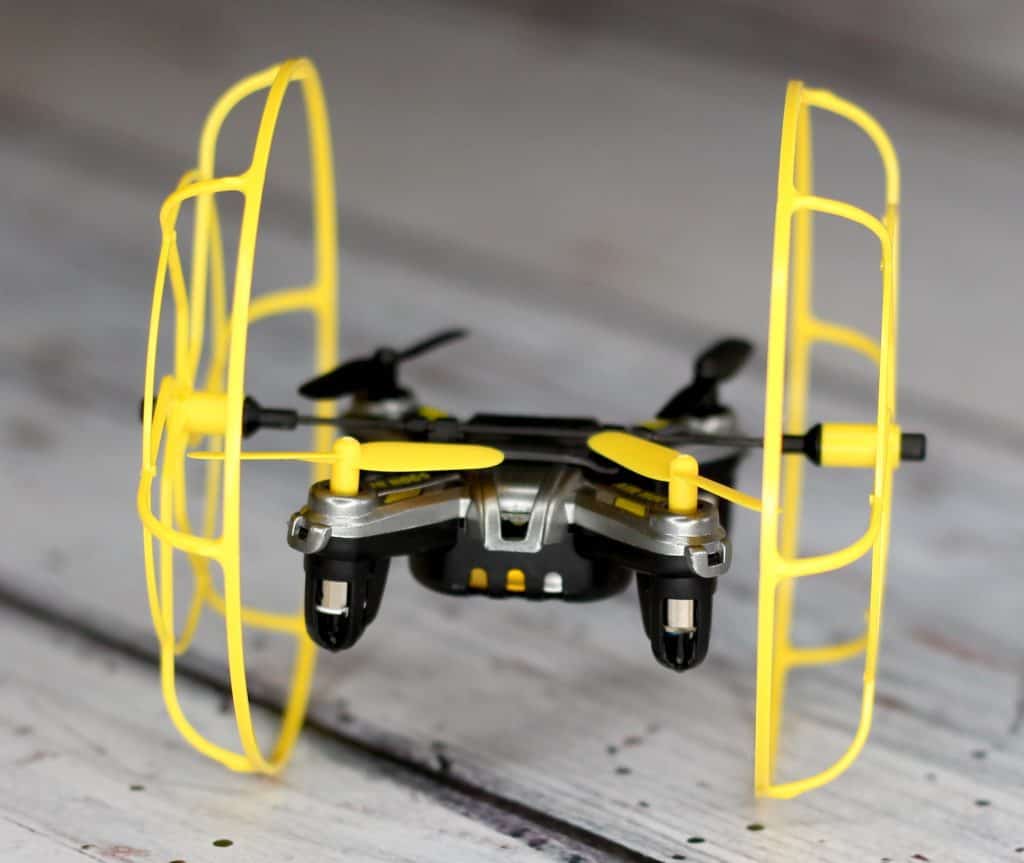 Once we became comfortable with the controls of the Stunt Drone we all really enjoyed playing with it. It’s nice that it is so resilient to bangs and crashes because that’s what happens when you play with these kind of toys! Although it is difficult to master I definitely think that it’s suitable for both children and adults and we all had a lot of fun with it.

Ollie being a remote control veteran was actually really impressed too. He hasn’t ever used a drone that can perform stunts like this one and that added a whole new angle to the drone.

My only qualm is the battery life is short. It seems as soon as you begin getting the hang of it then it’s time to recharge. This however is common amongst remote control toys, especially micro ones like this one. If they put larger batteries on them they just wouldn’t be able to fly.  I also wish the instructions were a little simpler and clearer. It’s probably just me but I would have liked to have a bit more information that was easier to understand. 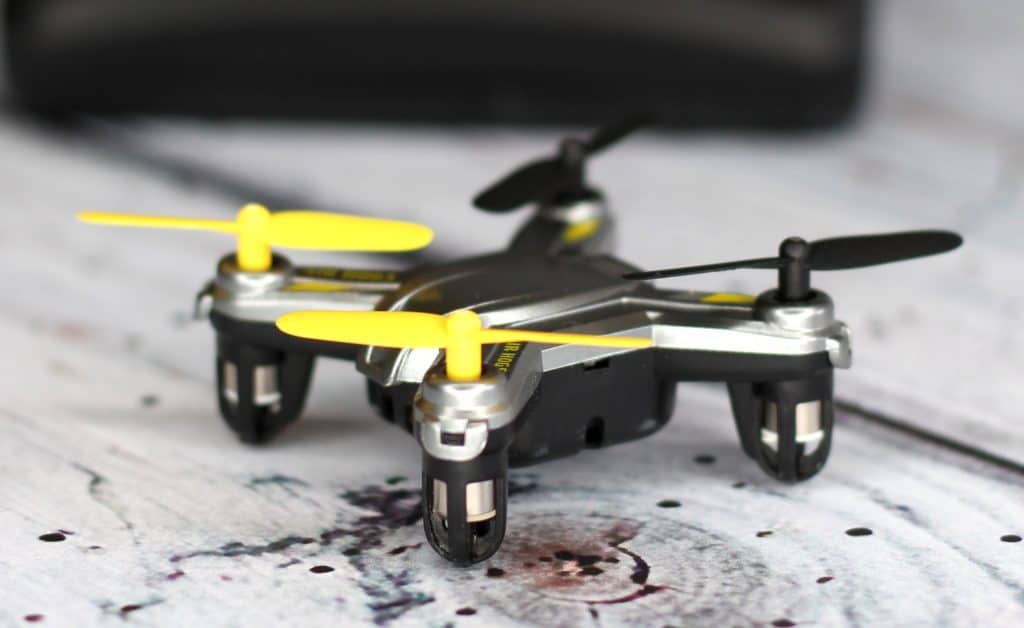 This isn’t a toy that you can expect to fly straight out of the box especially if you have no experience with drones BUT that’s part of the fun. Figuring how to make it do what you want! Even more so when you begin to learn stunts! This is definitely a toy best suited to older children however with the assistance of an adult there is no reason why younger children can’t have fun too! This is also a great toy for young adults and even full on grown ups!

You can purchase the Hyper stunt drone HERE.

Thank you so much for stopping by! If you want to check out some other great reviews don’t forget to head over here. Love as always!

*I was sent the Spin Master Air Hogs Hyper Stunt Drone on a gifting basis in return for an honest review. As always all words, opinions and views are my own. This post may contain affiliate links for more information on any of this please head over to this page. 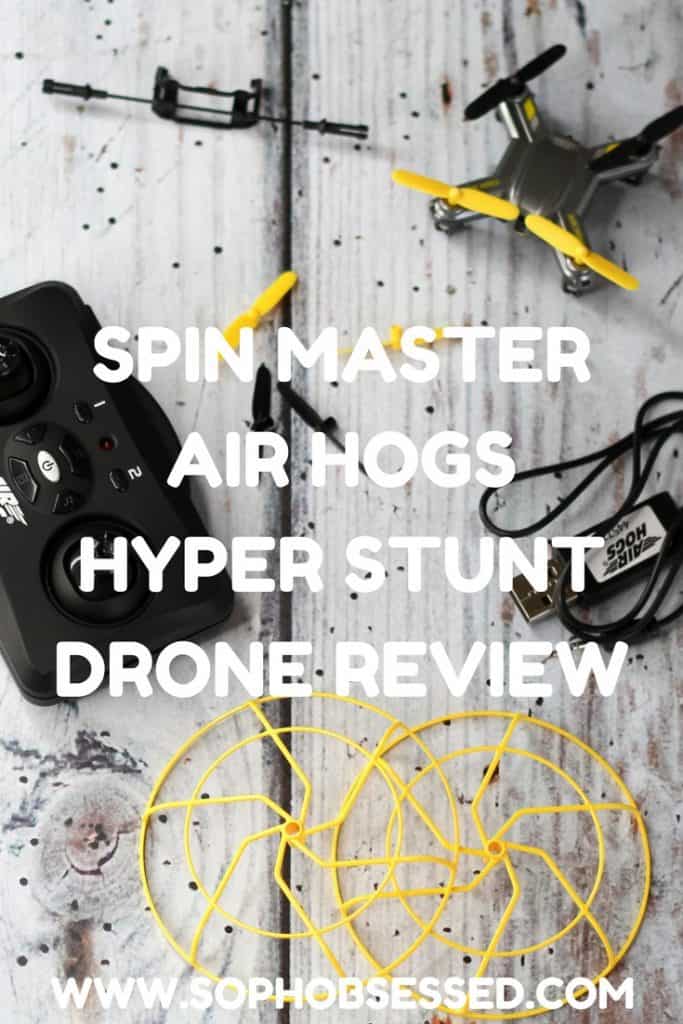