I didn’t want to tell Henry about the terror attack that happened in Manchester on Monday night. Manchester is where we live. It’s a place he visits frequently. How do you even begin to tell a five-year old something so horrific and unexplainable. Naively I want to wrap him up and protect his innocence. He does not need to know such horror exists.

I know that despite my best efforts I cannot always shield Henry from the world. I know that I cannot always protect him. All I can do is raise the future to be a better generation by teaching him and by showing him that love will always win over hate. That when there is devastation there are always helpers and community and that we are all stronger by standing as one.

Last night Henry proved to me that the future may not be that bad if it contains more people like him!

When did you Become so Grown up?

He caught me off guard and I wasn’t sure what to say at first when he asked me very grown up and mature:

“Did a bad man kill some people and children in Manchester on Monday Mummy?”

My instant thought was who told you? He explained that at school they had done a silence in respect to those that died.

“Did you take part in the silence?” I asked. 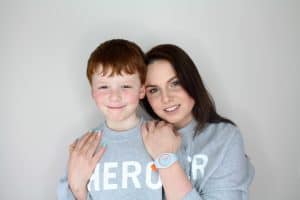 All the Hard Questions

I spent a few minutes offering reassurance and answering his questions. Except there were some questions I had no answes for like:

“Why do people do bad things Mummy?”

He’s only five years old but he has such a wise head on those young shoulders and I almost burst with pride that in even the darkest moments he could still shine bright.

“I wish that we didn’t have bad people in this world.”

“Always make sure you are a good person Henry even when all you can see is bad people.”

Isn’t that a nice thought.

Living in a world where we can all coexist. Where we might not like everyone but we don’t hate either. My five-year old has such an innocent view of the world and I can only hope that doesn’t harden too much the longer he lives in this world.

Stay safe everyone. Love as always! 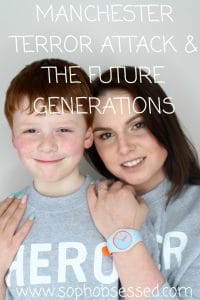