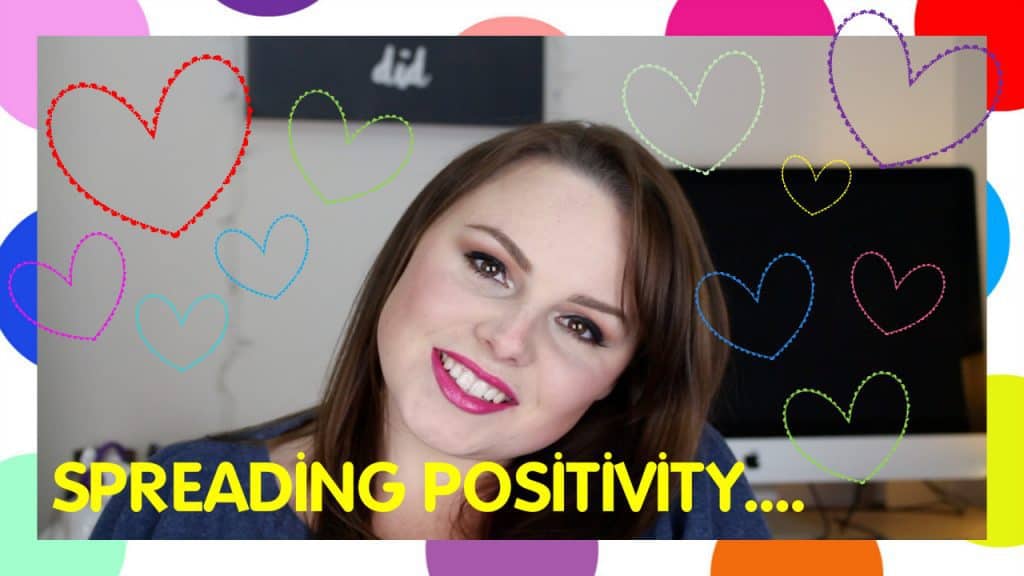 Sometimes we just feel negative and can’t find an ounce of positivity anywhere and frankly thats ok. We are human and feeling is completely natural and normal (whatever that means!) It is however easy to board the negative train and never get off. I was one of these people call me a negative Nancy not a woe is me kind of girl but certainly someone who viewed the world with negative goggles. I came from a negative household where everything was a negative and everything around us was viewed negatively. We as children become a product of our surroundings and I naturally assumed that was the way to view the world. It was to the point where if somebody spoke no matter what they said or how it was intended I perceived it as negative. What a horrible way to view the world!!

Back when I met my husband was the first time I really saw a glimmer of positive. Boy did it come with a boat load of negative friends though. I believed that noone could ever want to love me because thats what I had always been told as a child and therefore always believed as an adult. The fact this beautiful man wanted to love me and protect me was one of the most positive things to come out of my life and yet I tarnished it with my negative view. It took a long time to feel worthy of his love and I still struggle with it sometimes but thats a whole other blog post. Once I had tasted positivity though I realised how black the world around me looked through these negative googles. I can’t say I departed the negative train immediately though, after all it was all I knew and in some weird warped way I felt comfortable in my negative little world. When you see the worst in everyone and everything then people can’t dissapoint you!!

Once I dipped my toe in the positive pool and removed my negative goggles it was like seeing the world in colour for the first time. It was one hell of a journey to get to that point but as soon as I began living a more positive lifestyle I realised how much happier I was, how my relationships with people developed and how much nicer the world around me became. It felt like this raincloud I had been under for years had lifted and despite my initial feelings of vulnerability I felt oddly free. I started thinking before I spoke assessing in my mind whether what was about to be said was negative. If my initial reaction was that of a negative response then I countered it by thinking of two poistive ones. I’m not perfect and I certainly don’t mean to preach. I still have opinions on thinghs and sometimes no matter how positive I want to be I feel negative. That is perfectly normal though and just shows I am a real human being. What isn’t healthy though is getting into a negative cycle because the negative thoughts just feed more negativity.

I recently made a video on my Youtube channel Soph-obsessed about this exact topic and I mention the ways in which I try to spread positivity and prevent negativity day by day. I won’t repeat myself here but if you are interested in that you can check that video out here:

If you want to know more about me head over here and if you want to read more posts like this you can stay up to date by following me on Bloglovin. Don’t forget to check out my YouTube channel where I post beauty, life, shopping and make-up related videos along with some randomness and I would love for you to subscribe. All of my other social media links can be found in the side bar! Thanks so much for reading!