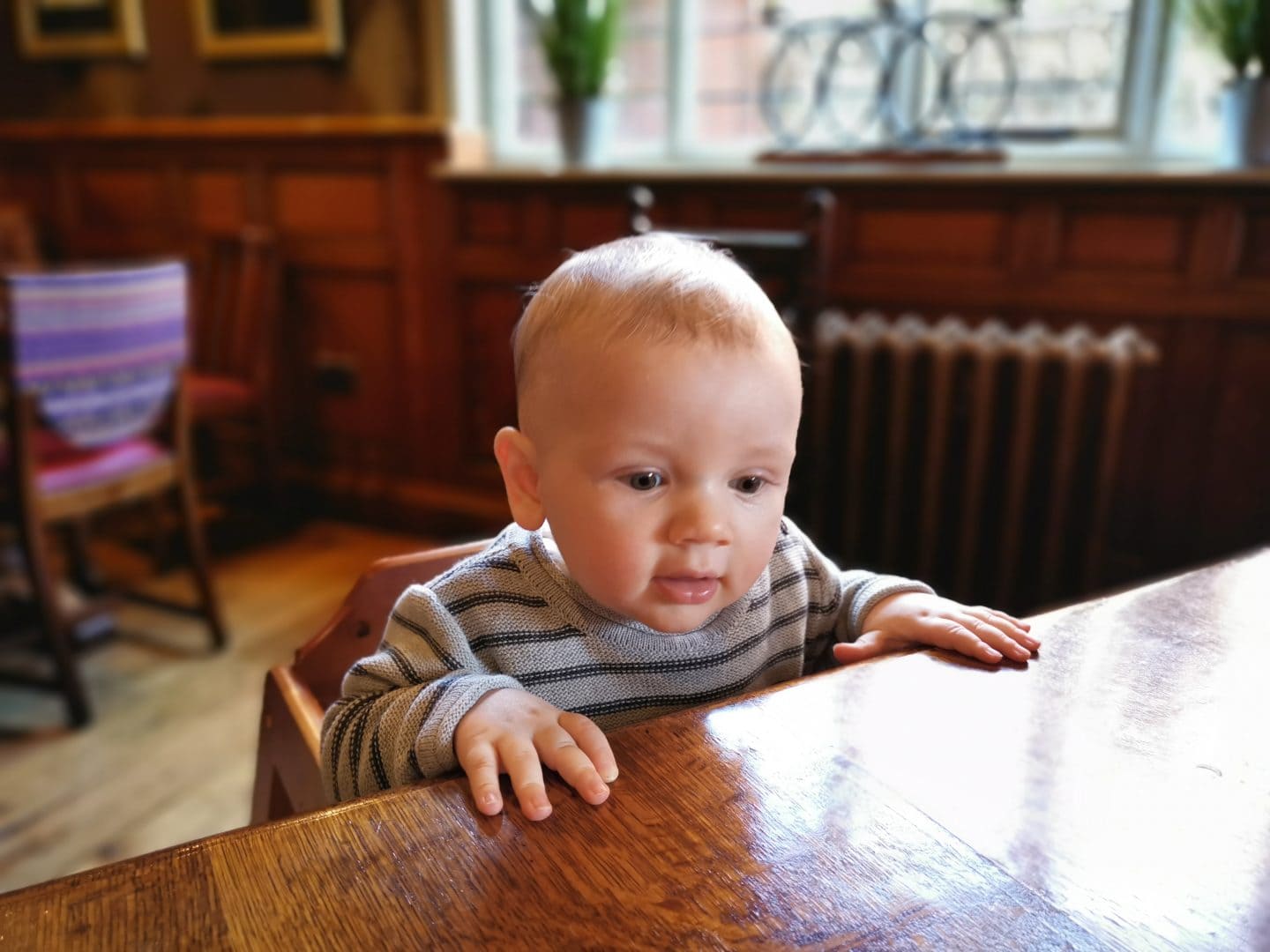 Hugo is nine months old. Let that settle in for a moment. I cannot believe that he has been part of the family for so long already the months have just flown by, but I honestly couldn’t imagine life without him now!

This time last year I was suffering from some anxiety around having a second child. I knew that the family dynamic would change, but I wasn’t sure what impact this change would have and that scared me. We had been a family of three (plus our dogs) for almost seven years, and we were happy. We weren’t sure we were ever going to have any more children, and I had some health issues and battled prescription painkiller addiction along the way. When I fell pregnant, we were, but then prenatal depression hit hard and after suffering a bereavement and overall struggling with pregnancy ailments I just wasn’t sure what welcoming a new addition meant. But just like that Hugo was born and with his birth came a wave of love that just healed all the old wounds and made life that bit sweeter for everyone. 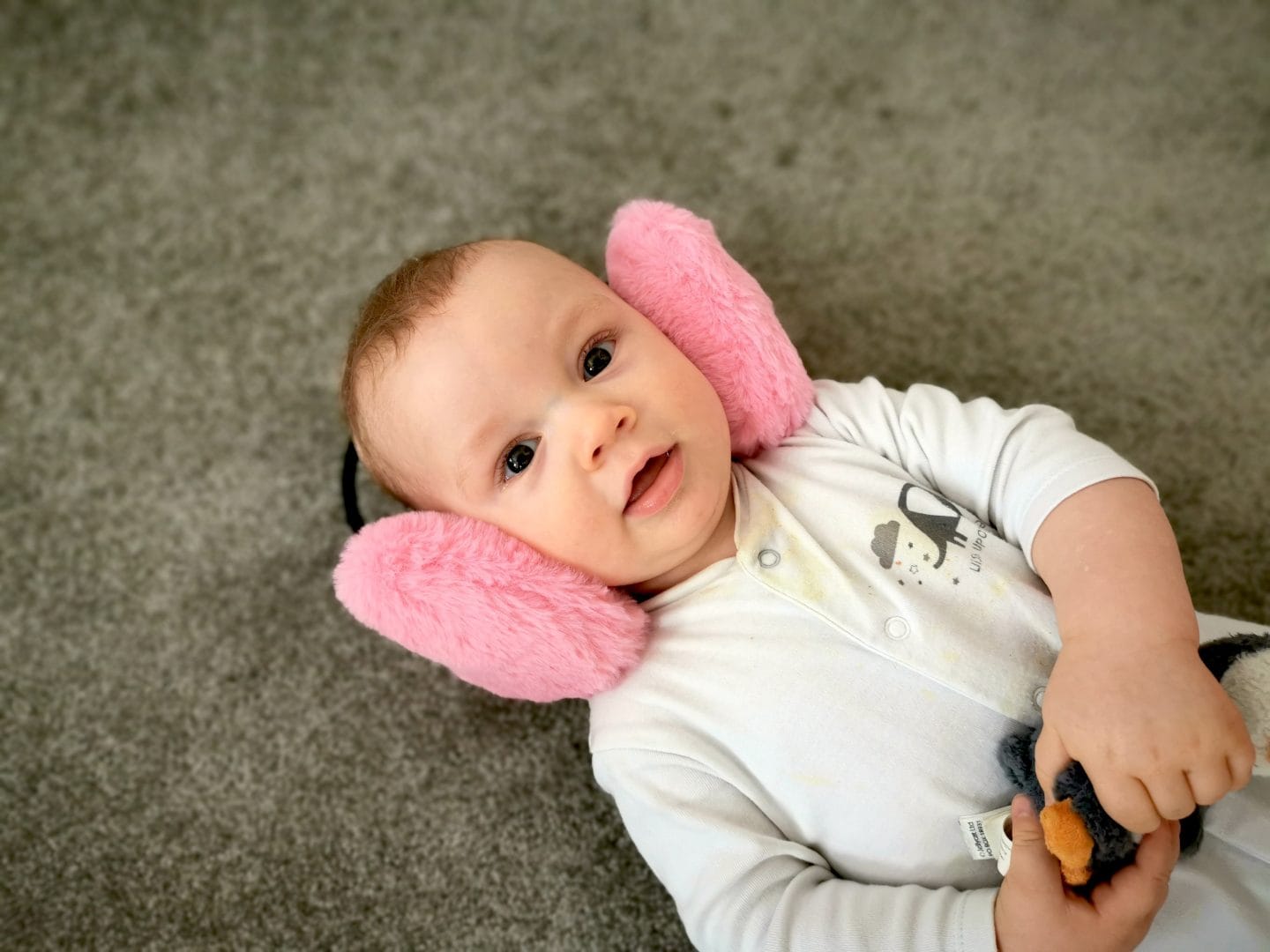 I look at him now at nine months old, and I can’t quite believe we have reached this point already. I want to pause time and soak up every moment with my boys. I’m not ready for them to get older, but I know inevitably they will, and each stage will be bittersweet.

Hugo now has formula feeds although he is still breastfeeding on an evening and occasionally through the day. If I am honest, it’s more of a comfort thing for him, but I don’t think either of us is ready to let it go yet. Luckily he has grown out of the silent reflux and the CMPA, so I can now consume dairy guilt free. Hands off to those mums that have children with allergies it’s hard work monitoring and keeping up with a food allergy I have a tremendous amount of respect for you for that. 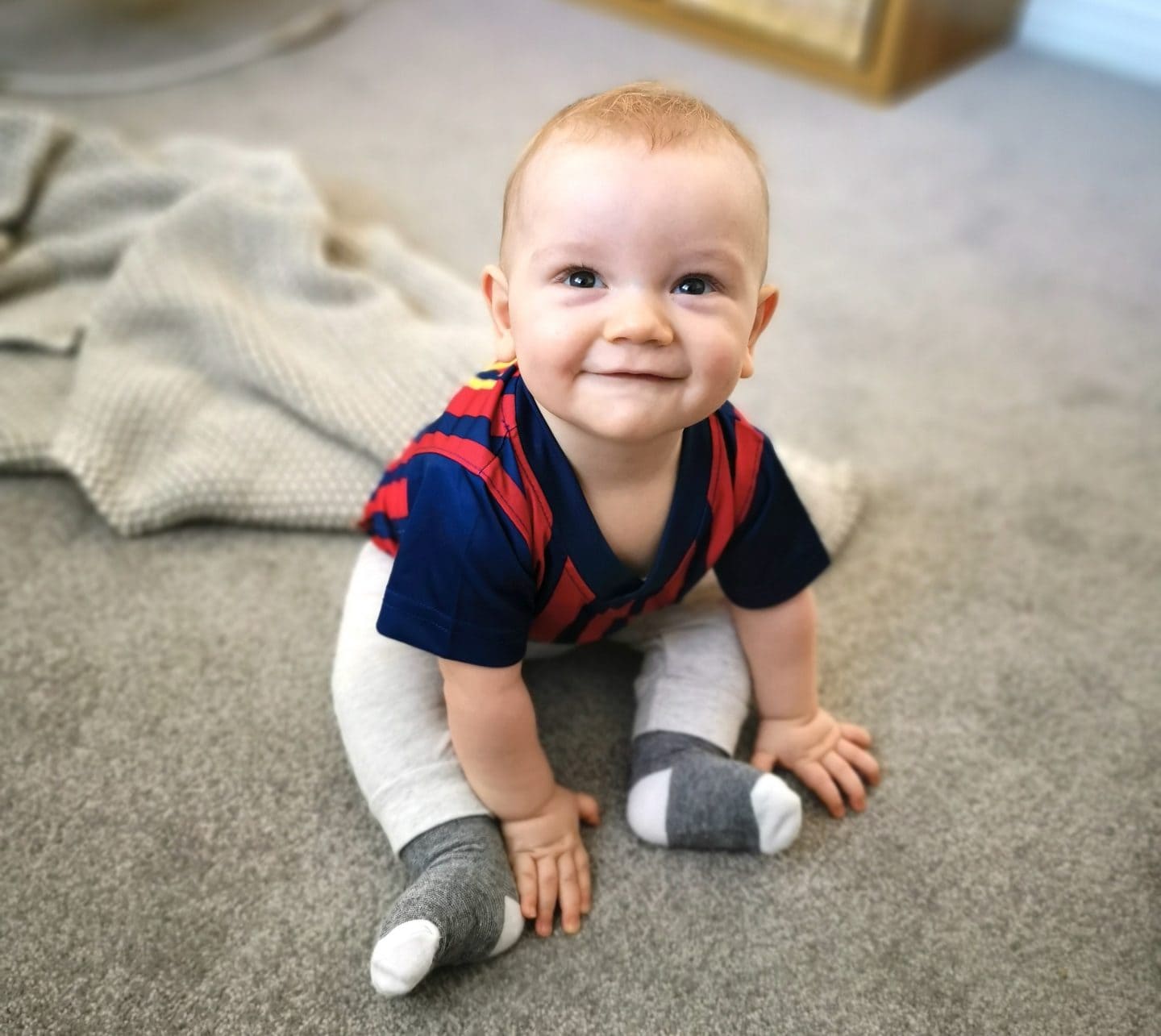 Henry was a baby on the move. He had little desire to talk, but he had plenty of places to get to. He was rolling and crawling at a very young age, but Hugo is much lazier. He would rather lay there and shout until someone gives him what he wants and with an older brother that dotes on him he never has to wait too long. He rolls and he bum shuffles and he is beginning to mimic a crawl, but he is in no hurry.

One thing that Hugo definitely is – vocal! He is always shouting, making sounds and mimicking words. He isn’t ‘speaking’ yet, but he babbles for Britain! 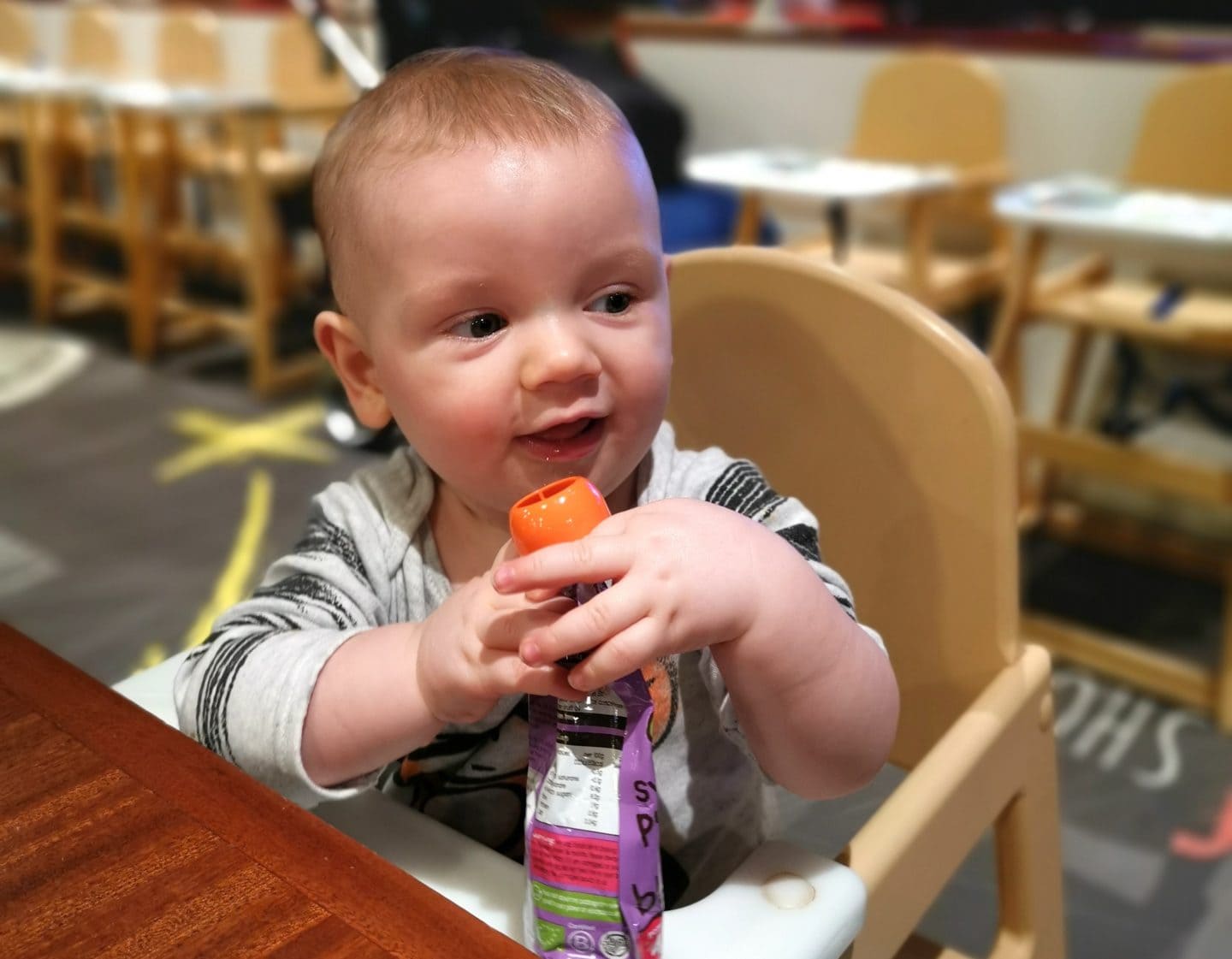 Weaning is going really well, and Hugo really isn’t fussy about food. He enjoys baby led weaning and is always grabbing things to try. He loves banana, broccoli and toast with cheese spread! Most recently he has been enjoying lentil cottage pie and pea and mint soup! I’m tackling feeding so differently this time around as with Henry we ‘babied’ him a bit too much which has resulted in him being more picky with food.

At nine months old Henry already had a few teeth and you wouldn’t have known he was teething. He just smiled one day and there was a couple of teeth just there!! Hugo is extremely sensitive and he has been letting the whole world and it’s neighbour know he is teething! Isn’t it funny how different they can be! There are two tiny bottom teeth just poking through. I hope we then get a small break before the next lot come through. 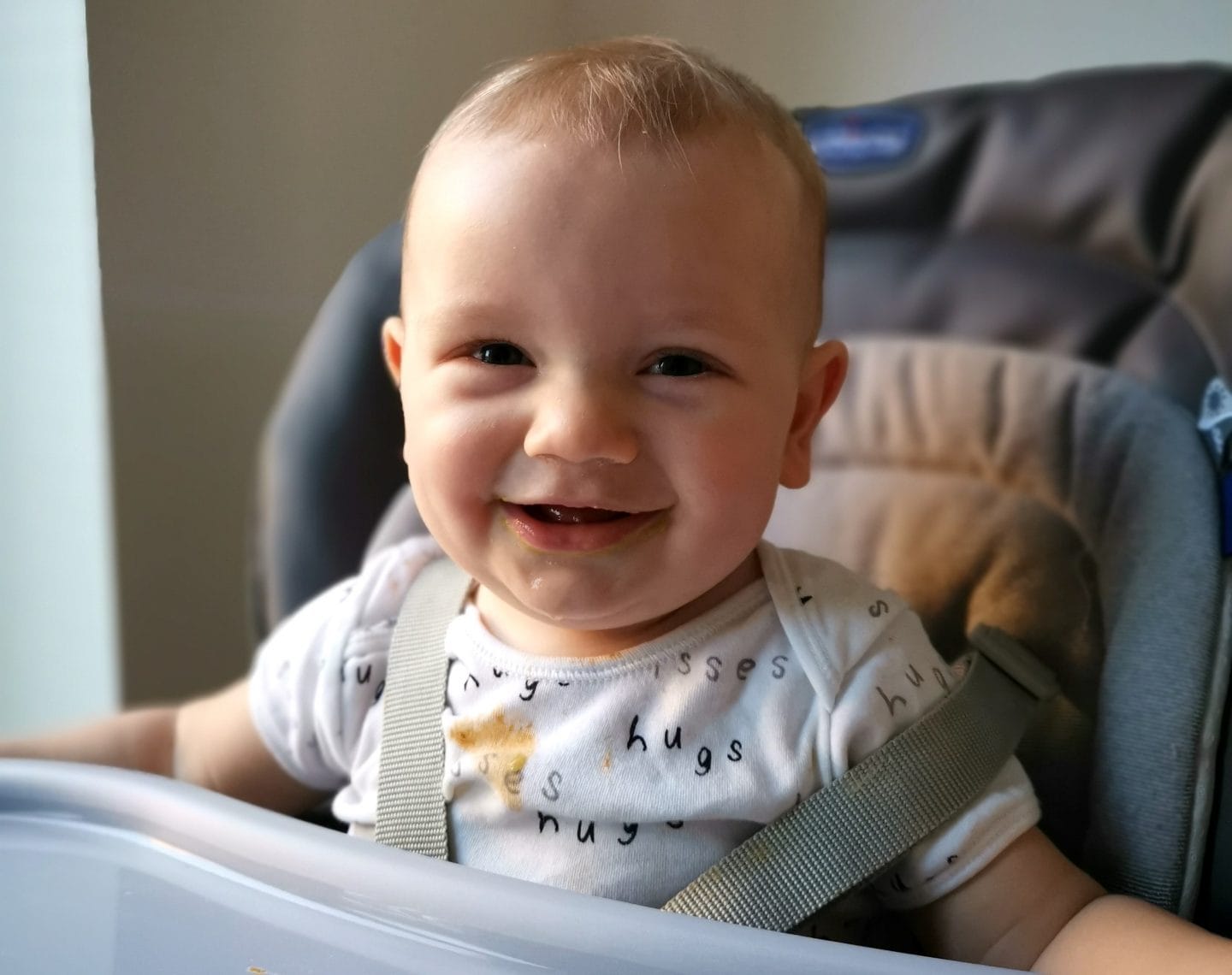 As he is teething Hugo’s sleep has been a bit disrupted. He is still in our room in his Chicco Next 2 Me although he will be moving into his cot bed soon. He will stay in our room I think until he is at least a year. I like him being close I know it isn’t for everyone and some people want their kids settled in their own rooms sooner rather than later but it’s working for us. Some nights I admit especially whilst teething he has snuck in our bed. It is what it is and I know some of you will gasp in horror but this is the reality of parenting – you do what you have to do to get by. We are practising safe sleep which is the most important thing!

I think over the next month he will begin crawling and pulling himself up to standing more. We are all making a real conscious effort not to ponder to him too much and encourage him to move or crawl to something that he wants.

Personally, I feel it’s all a bit bittersweet is he really nine months old? I love seeing him develop and grow, but I am also mourning the newborn baby stage.

Find out what we got up to in February half term here!